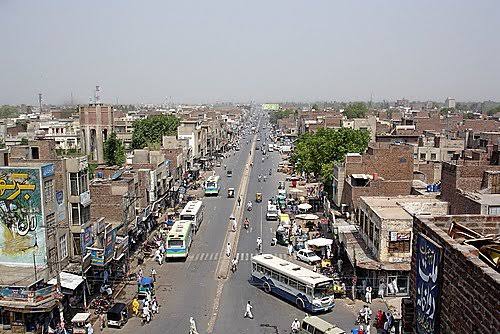 The first city of Jhang was built in 1288 by Rai Sial with the advice of Hazrat Shah Jalal Bukhari (his peer). The first ruler of Jhang was Mal Khan in 1462. Sial tribe ruled this city for 360 years and the last ruler of the Sial Tribe was Ahmad Khan from 1812 to 1822 and then Sikh took over. And from the rule of the Sikh, Jhang was taken over by the British.

The dress of the locals comprises a Majhla, a Kurta or Chola, a Chadar and a Turban or Pugri. It is completed by shoes, Chappli or Kherri. The women also wear Majhla (Lungi) besides Chola and Dopatta but many women wear Shalwar Qameez. The people live in the plains and therefore are plain and straight-forward people – broad minded, hospitable and progressive. Jhang is the centre of a purely agricultural based feudalistic society. Agriculture is the chief source of income and employment in Jhang. About 85% of the Jhang’s cultivable land is irrigated. Wheat and cotton are the principal crops. Other crops grown include rice, sugarcane, corn (maize), oilseeds, fruits, and vegetables. Livestock and poultry are also raised in large numbers in district Jhang.

Jhang is characterised by extreme climate – the temperature is generally hot, with marked variations between summer and winter. In the plain the mean June temperature is 95 F (35 C), while the mean January temperature is 55 F (12 C). The monsoon reaches the area exhausted and therefore the rainfall is quite meagre. There is also occasional rain during the winters. The average annual rainfall is 7-10 inches (180 mm) in district Jhang. Occasionally there are dust storms. The summer may be somehow discomforting, but for the greater part of the year the climate is ideal and invigorating. The best part of the year is from the middle of February to the middle of April, which is the spring in the Jhang. It is neither cold nor hot but simply pleasant and enjoyable. The entire district-side becomes a vast stretch of greenery. The mustard fields are covered with yellow flowers, trees put on new leaves, fruits begin to blossom and there are flowers every where. This is also the time for several spring festivals, including Jhang Committee Show.

Jhang is connected by road or railway to some main cities of the country, but not any air service is provided by government yet.

The shrine of Sultan Bahu

is located in Garh Maharaja, Punjab. It was originally built on Bahu’s gravesite until the Chenab Riverchanged its course causing the need to relocate twice and, in fact, Bahu’s remains were probably swept away. It is a popular Sufi shrine, and the annual Urs festival commemorating his death is celebrated there with great fervor on the first Thursday of Jumada al-Thani month. People come from far off places to join the celebrations.

Sultan Bahu also used to hold an annual Urs to commemorate the martyrs of Karbala from the 1st to the 10th day of the month of Muharram. This tradition continues to this day and every year, thousands of pilgrims visit the shrine during the first 10 days of Muharram.

is the tomb of Heer Ranjha situated in Jhang, Pakistan. Heer and Ranjha is one of several popular romantic folklore of the Indian subcontinent. There are several poetic narrations of the tragic story, the most famous being ‘Heer’ by Waris Shah written in 1766. Jhang was Heer’s native place therefore they were buried here. Every year during Muharram the Urs is held at the tomb.

The exact time period of Heer and Ranjha’s life is not known, however it is assumed that they lived during fifteenth century in Punjab. The plaque at the tomb mentions 876 AH, as year of their death, which corresponds to 1471 AD. An exact date of tomb’s construction is not known, it is believed that the tomb was constructed some time after their death.

The tomb is build in Islamic architectural style and features a dome and small turrets at the four corners. The dome reaches little more than a foot above the spring of the arch and features a cupola in its roof. Both Heer and Ranjah are buried in a single grave inside the tomb. The grave is decorated with tiles and is marked by a marble tombstone.

There are no available hotel for this location, time and/or date you selected.

There are no available tour for this location, time and/or date you selected.

Total: No activity found .    view all

There are no available rentals for this location, time and/or date you selected.